This magnificent art of making polished blue pottery came from Kashmir and was introduced in Rajasthan. The name given to this pottery came from the loud blue dye used to color the clay. The Crafts and Arts of India customarily have been divided sequentially based on culture or the ruling government, leading religion and further classification by tools, techniques, media, purpose, utility, and geographic conditions. India and Pakistan are known for their cultural diversity. People in these states have always been up to exchanging knowledge, experiences, and skills. Blue pottery is also the result of these adaptations and reflects Persian, Turkish, and Chinese culture.

The art of pottery is an all-time favorite. Pottery making is as old as the history of humankind.  Glass was figured out in the ancient civilizations of Syria, Iran, Egypt, and Indus Valley. Later on, mixing alkaline soil with copper, it gave a sapphire blue color. From the Harrapan to Gupta Period, art crafts like polished utensils, necklaces, beads, and tiles were high in trend. Buddhist Period flourished this art. Orthodox Hinduism resurrected because the earthen and herein tools that were used that time were abandoned as they were considered impure. The polished and shinning simple pots were increased in price, and nobody took them for granted and didn’t want to leave them; thus, there was a total decline of this ceramic art. Iran was making utensils from glazing soil, and it was in practice even before the introduction of Islam. Its blue color was highly appreciated in Islamic culture. The earthen pots did wonders after the discovery of ”Gila Lazwart” that is also called cobalt oxide scientifically. Cobalt Oxide was used to paint and polish the cups, which on heating adopted a deep blue color. This soil was only available in a small village called Goojar that was close to Teheran. Balls of this soil were made and sold to the chemist to carry the further process out. The method included heating the clay and letting it getting cool, grinding it into a fine powder that was further passed through an excellent filter; the powder was then sold to the artisan to bless it with different shapes.

China and the Blue Pottery

The pottery culture is substantially followed in china, and the Chinese have also contributed to its discoveries. China discovered celadon and porcelain but didn’t successfully make it to the colors. Their pottery pretty much looked lifeless and dull without the vibrant blue. Abdul Qasim Qasani, in 1301 AD, wrote a book on the art of progressing colors and painting on pottery. Within this period, the Chinese learned all the techniques regarding Gila-lazwart from the Iranians. Chinese were so passionate about this art that they were ready to pay even the price of gold for this fantastic element. Later, Arab traders started buying Gila-lazwart from Ajmer in India and selling it to China.

As we mentioned previously that the pottery art came to Rajasthan through Kashmir, thus has its roots in the sub-continent. Jaipur is a place in India, and the blue pottery is made of Egyptian paste here that is later polished and low fired. This pottery is obscure and is usually decorated with birds or animal themes. The factor of being fired at low heat makes it delicate and cracked. Blue pottery has a Turko-Persian background but today is broadly known as one of the unique craft of Jaipur. Sawai Jai Singh in 1727 discovered Jaipur, artisans from all around the state, were invited to settle down in the new city. The Royal support and profitable offers and the charm of living in the gorgeous town caused many artists to settle in Jaipur. Art schools were made to keep encouraging artisans. Craft practising was highly appreciated and supported, and Jaipur was a thriving art centre by the beginning of the 19th century.

The drop in the pottery culture

Blue pottery on the extinction edge had huge potential and should have bloomed. Still, through the years, expert potters denied sharing their trade secrets with other artisans that ultimately caused the lowering of standards and eventual death out of the craft. 1952 was a big downfall for all the art schools. The handicrafts, including the blue pottery, also disappeared from the canvas. Although over the years, the art was somehow kept alive by a few passionate artisans and promoters such as the Royal highness Gayatri Devi who always put tremendous efforts in promoting the blue pottery.

Multan And the Blue Pottery

Pakistan. Along with many other products, Multan is also famous for its blue pottery craft. Muhammad Bin Qasim introduced this tremendously amazing blend of Persian, Chinese, and Iraqi art with the help of the artisans from these regions who came with him. Previously this art reflected the Persian culture, although now its matured and refined enough and has developed its full-fledged extraordinarily unique style of its own. Because of the warm ambience of Multan, the artisans mainly use blue and white colors for painting purposes.
The most frequently used patterns are Traditional Multani kasha, Gori design, TRD, Angori design, and antique design that are observed painted in brown, white, blue, golden terracotta red, and lime green. Improvements in pottery patterns and the pastiche of forms have increased its demand among the users. Calligraphy was once only used for the architectural adornment but now is high in trend and is used on decoration plates and other routine decorative products. Blue pottery is now highly in patterns and is taken as a symbol of royalty and elegance. It can now be seen in the gorgeous architecture as ornamental tiles, utensils, home decors, and also for the dining.

Sakafat Forever has always tried putting its best into preserving the culture, Blue pottery thus holds excellent acceptance in the Islamic religion and is also highly in trend. This pottery is considered as a sign of elegance and royalty that’ll help you make your decors even more charming and beautiful. SF has collaborated with many talented and skilful artisans who are crafting this amazing blue pottery with a high-end definition to serve you with the best blue pottery online. SF website offers you with a variety of blue pottery products that you may need. The fragile products are delivered safely at your doorstep in 5-7 working days. 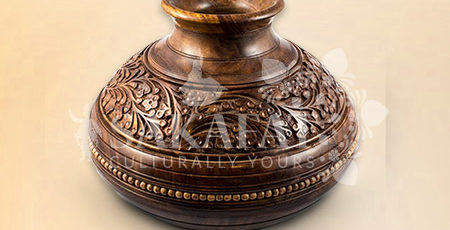 Appreciate and treat yourself with the tremendous specialties of Pakistan- A country that is a paradise for amazing crafts.... read more 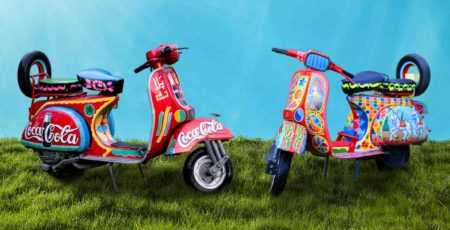 Vespa is a type of scooter that was first manufactured in Italy after World War II. The name means... read more

Lahore-born in 1948, Shereherezada Alam is an internationally renowned ceramicist of Pakistan. She created world renowned pottery and ceramics... read more 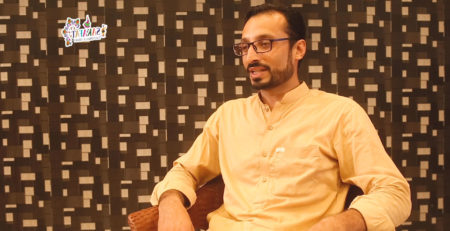 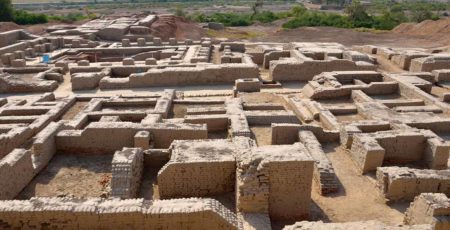